Dimensional Shift from 3D to 5D – The Secret of the Fifth Dimension! 

This article is also available in: German

The matter of Dimensional Shift from 3D to 5D has been on my mind for a while. Now I am willing to reveal a mystery about the fifth dimension, which touches me.

What is the challenge?

Your mind clearly sees how reality could be in the fifth dimension, but your everyday reality is still firmly anchored in the third and fourth dimensions.

Have you ever experienced this when it comes to the dimensional shift from 3D to 5D?

What could happen in us as follows?

How can we bring this field of tension into harmony?

First, we may come to understand what the fifth dimension is.

Matthias De Stefano, one of the up-and-coming consciousness researchers of our time, who became known worldwide through his Gaia TV show “Initiation,” shares the following about the third dimension and fifth dimension.

According to Matthias De Stefano, the fifth dimension is about the complete integration of 3D and 4D. The purpose is that we understand all experiences from 3D and 4D as unity.

My contemplation in relation to Matthias De Stefano: “With 3D to 5D we don’t go anywhere, we don’t ascend anywhere, we just perceive our reality, in which we are on earth right now, differently.”

The fifth dimension from Matthias De Stefano’s perspective is the dimension of consciousness.

How else could we contemplate 3D and 5D?

3D means that we perceive reality from two dimensions or perspectives. Past, and future or mother, and father are two examples from our 3D glasses. We believe that from birth to death we come from somewhere, and that we are going somewhere. We do not perceive reality from past, present, and future or mother, father and son yet! As soon as we can do this playfully, we have arrived in 4D.

5D means that we perceive reality from four dimensions or perspectives. Here you learn that you were, are, and will be not only a human, but also the stone, the dragonfly, or the lotus flower. You see yourself as your divine self in everything because you have arrived in the field of consciousness and love.

Experiencing the fifth dimension is dangerous in the sense that it does not mean passing from pain and suffering into infinite love and joy just like that.

When we enter the dimensional shift from 3D to 5D, we experience infinite love and joy because we have already transformed all suffering.

Yes, we had to experience and transform all kinds of suffering for the dimensional shift.

But those who only suppress their suffering and convince themselves that they have arrived in 5D, continue to live in the 3D and possibly 4D view.

This can be a very uncomfortable viewpoint for many spiritual seekers of truth.

What actually happens once we have arrived in the fifth dimension?

There is no longer a core wound within us, for now only the pearl is active, radiating out all universes. Similar to how the sun distributes its rays equally to good and evil, from the fifth dimension we distribute everything without any judgment or evaluation.

This dimensional shift from 3D to 5D is rather brutal for today’s human morality, as we cannot even understand it in paradox. Our present moral values are colored full of fear and limitations.

Those who experience the future vision of 5D, but cannot yet live in this reality, live on Earth in a perceived threatening world. For we build up a certain field of tension, both of which the mind understands but the body cannot yet follow.

Think of it this way. You’ve been an employee for 30 years and suddenly you realize that life as an entrepreneur could be much more enjoyable because of the flexibility. You see yourself surrounded by many people who are helping to create a new society on earth.

Perhaps you can compare it to the society of Osho in America. But then reality catches up with you and you realize that you lack the experience as an entrepreneur.

Now imagine living in the 3D world, not knowing that there is a 5D world. One day you suddenly get an intuition that there is something beyond pain and suffering. You immediately want to ascend into 5D, but again you don’t have the experience of how to do it.

Many spiritual seekers have built up exactly this field of tension, which is getting bigger and bigger, because they cannot yet live out the future in the present moment.

The dimension shift from 3D to 5D is from my point of view a much more extreme step than from employee to entrepreneur, because it is a lonely journey into the inner world, which is also much more feminine (yin) than the entrepreneurial world (yang).

From 3D to 5D also includes the step from employee to entrepreneur, as we have to learn to take full responsibility. Everything that surrounds us is there because we planted it as a seed at some point.

From the third dimension to the fifth dimension is a spiritual awakening, many also call the entities in 5D enlightened beings and spiritually ascended masters. It is indeed like an enlightenment experience in the dimensional shift from 3D to 5D.

An experience that surpasses anything we can possibly imagine. An experience beyond the shadow, fearless and transcending.

In any case, there is no ascension in the sense of “up” or in the religious sense towards heaven without having transcended the counterpart of hell within us.

The fifth dimension is then on a neutral plane between heaven and hell, on earth.

We are all on this path, knowing or unknowing, of gaining stable access to the fifth dimension, even though we are currently in a very experimental phase in the 21st century.

This is because this dimensional shift into 5D is a heightened frequency range for which our physical bodies are not yet fully equipped. That is why the field of tension arises, because we cannot yet live it out as we would like to. However, you should be excited to be alive, because at this moment we start to remember how to equip ourselves for those heightened frequencies!

What can we do for a smooth dimensional transition from the third dimension to the fifth dimension?

In conclusion, we simply need the necessary time for our individual dimensional shift. Each of us as a fractal is at a different stage of evolution. We may recognize and learn to love our state of evolution. We must not continue to want only the highest, best, and most. Once we have integrated and transcended everything from 1D, 2D, 3D, 4D, and 5D, we are ready for the fifth dimension.

If you want to know and remember more about the dimensions, I can recommend you this wonderful article about the nine dimensions. 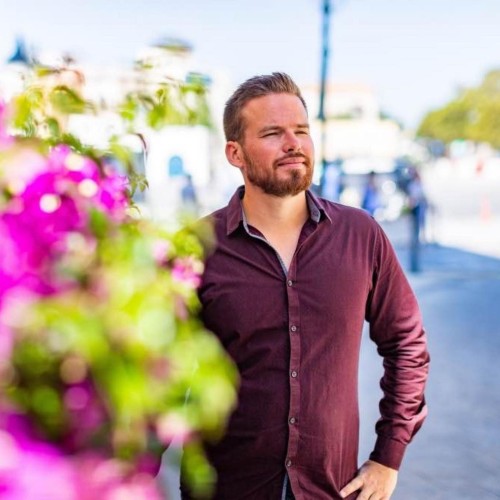 Dominik Porschehttps://beyonduality.com/about-me/
Hi, nice to see you here. I am Dominik, dad, student, teacher, Gene Keys Guide, consciousness explorer, open-hearted and spiritual inspiration for the people around me. On Beyonduality I accompany you on a joyful and courageous journey to discover your Soul Purpose, your authentic energy expression. The project Beyonduality guides you in integrating and transcending your spirit awakening experiences through the Gene Keys Teachings. My vision as a dad is to accelerate the process of remembering – that we are spiritual beings – not only humans in flesh. So, we remember our inner truth of abundance and can all live in peace and harmony.

Do What You Love – 5 Ultimate Self-Love Tips for You!

How to build up self-esteem? 3 powerful ideas!

The Power of Ego-Death: 3 Peaceful Ideas

How to Accept Yourself: 3 Incredible Strategies!

Terms of Use: All content contained on the Website, such as text, graphics and images is our property or the property of our licensors or licensees, and the compilation of the Content on the Website is our exclusive property, protected by international copyright laws, treaties and conventions. - Disclaimer: Beyonduality is a personal journey of self-exploration that should not be entered into lightly. Your participation in programs and offers are your acceptance that I do not provide any type of psychological, therapeutic support or other professional advice. You are fully responsible for your own wellbeing, choices and actions. ** This website uses affiliate links
This website uses cookies to improve your experience. We'll assume you're ok with this, but you can opt-out if you wish.AcceptReject Read More
Privacy & Cookies Policy

This website uses cookies to improve your experience while you navigate through the website. Out of these cookies, the cookies that are categorized as necessary are stored on your browser as they are essential for the working of basic functionalities of the website. We also use third-party cookies that help us analyze and understand how you use this website. These cookies will be stored in your browser only with your consent. You also have the option to opt-out of these cookies. But opting out of some of these cookies may have an effect on your browsing experience.
Necessary Always Enabled
Necessary cookies are absolutely essential for the website to function properly. This category only includes cookies that ensures basic functionalities and security features of the website. These cookies do not store any personal information.
Non-necessary
Any cookies that may not be particularly necessary for the website to function and is used specifically to collect user personal data via analytics, ads, other embedded contents are termed as non-necessary cookies. It is mandatory to procure user consent prior to running these cookies on your website.
SAVE & ACCEPT